THE MYTH OF THE MODEL MINORITY 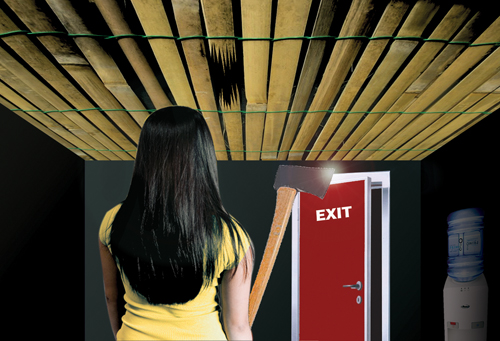 THE MYTH OF THE MODEL MINORITY

The COVID-19 pandemic and the rise of hate crimes against Asian Americans and Pacific Islanders (AAPI) has illustrated the reality that some persons within this demographic face, that is, they are not only fighting against the virus, they’re also combatting challenges that stem from racism.

In a recent article by the nonprofit media organization National Public Radio (NPR), a poll overseen by Leading Asian Americans to Unite for Change (LAAUNCH) was cited, highlighting the tendency for people to view Asian Americans as model minorities.

If Asian Americans are the model minority, which includes that they are “hard-working,” then Americans’ comfort with them serving them as doctors is no surprise.

But it also underscores that the progress of persons belonging to this group is seen as a positive attribute once it leads to their provision of service to persons outside of their group.

Who doesn’t want to be seen by the doctor who ‘excelled’ in medical school? But the level of comfort statistically decreases by 7% when it comes to the Asian Boss.

Cultural customs within the Asian American community includes conversing indirectly, whereby a situation might be addressed passively in order for the recipient to save face and not be embarrassed. However, well-skilled and quiet can feed into Asian stereotypes.

When it comes to leadership, whites are 154% more likely than Asians to hold an executive role in the workplace. This leadership gap is a challenge, especially when the rhetoric of being a ‘model minority’ is continuously repeated.

The model minority myth not only helps create resentment between Asian Americans and other underrepresented groups, including African-Americans, on the surface; in an underhanded way, it disputes the notion that Asian Americans are not being placed in positions of power.

‘How can a model minority NOT rise to the top?’

Barack Obama proved that yes ‘he can’ become the first black President of the United States despite the obstacles.

But African-Americans are not the only minority to consistently face political challenges.  And when it comes to political leadership, Asian Americans and Pacific Islanders make up less than one percent of elected leaders across all levels of government.

This lack of representation through leadership not only hurts the AAPI community, it plays a part in creating inequality in other spheres of life, including the workplace.

Biases are not concentrated, instead they spread.

In our most recent episode of C-CRETS, we discuss the model minority myth, mentioned above, and take a deep dive into some of the challenges Asian Americans and Pacific Islanders face in the workplace.

What the LAAUNCH poll signifies is that stereotypes have created a widespread bamboo ceiling for those within the AAPI community. It is up to not only persons within their community to shatter this ceiling, but other minorities can also speak up and give a voice to their issues.

Listen to the podcast to learn how you can play a part in supporting the AAPI community.