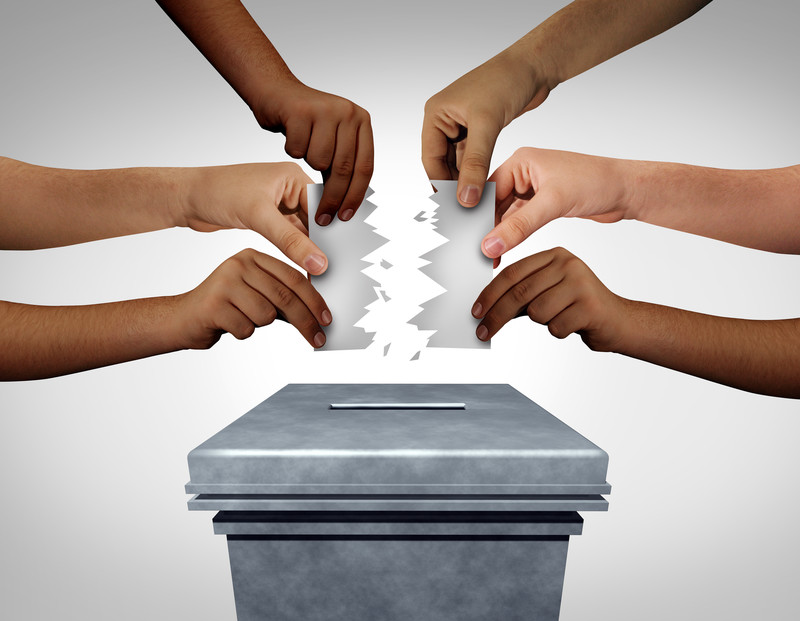 There’s a reason why African-Americans were denied the right to vote and voter suppression still exists.

It’s because voting matters. Do not accept the widespread myth that an individual vote doesn’t count.

The right to vote has always had significant meaning in the history of African-Americans. For years, we had no voting rights. Simply put, our ancestors spent years fighting for this power, and it behooves you to grab the torch and exercise the right they fought and died for so that the generations behind them can have a better life.

Even after Black people were given the right to vote, the use of underhanded tactics were implemented to dissuade people of color from voting. This included literacy tests during a time when many Black people had no education. And today, felony disenfranchisement is one of the many ways voter suppression takes place as 1 in 13 African-Americans can not vote because of disenfranchisement. Gerrymandering, voter ID, voter roll purges, intimidation tactics, disinformation, fewer polling places, and shorter voting periods are all modern tactics used to suppress our voices.

But representation only happens if we come out in big numbers.

One vote. Five votes. Ten votes. Elections have been won by small margins. If Black voters would have shown up in Detroit, Milwaukee, and Philadelphia like they did in 2008, the outcome of the 2016 election would have been totally different. Voting matters.

On the other side of the vote, policies have been made that have gravely impacted the lives of black and brown people. Policies have also affected the corporate workplace, from taxation to rules on employee discrimination to pay equity to healthcare to diversity training. With the looming election, there’s bound to be an intersection of politics and work. However, this is a sensitive topic that must be navigated carefully at the water cooler.

The rise of the Black Lives Matter movement, the summer of racial unrest, and continuing devastation of COVID-19 has provided an opportunity like no other to have our voices heard at the ballot box and in the workplace.

Lets advocate for ourselves.

How can we do this? By exercising our voting privileges.

Choose leaders who have spoken about policies that can benefit your life, and hold elected officials accountable for change.

When African-Americans and other underrepresented groups vote, we should choose people who consider our interests. Politicians in power are more likely to implement policies that benefit the people that voted them in. This is why Congressional leaders like Congresswoman Barbara Lee are important allies in the fight. Check out our latest podcast episode with her to hear why voting matters and what is on the line in this election.

Let’s work collectively to dismantle past systems of injustice. The cumulative impact of minorities casting their votes must be taken seriously by those in power.

C-CRETS to Engaging Politically in the Workplace

Here are 3 C-CRETS on how to engage politically in the workplace without wrecking your career or ruining working relationships.

1. Advocate for issues that you and your company believe in.

3. Point out impacts of decisions on underrepresented groups.

C-CRET #1. Find community issues and legislative initiatives where your values align with the company. Focus on how to collectively move those aligned ideas forward. Avoid that water cooler gossip, especially around politics.

C-CRET #2. If you’re a senior executive, join the company’s political action committee. You will be able to influence which candidates receive the company’s financial support as well as advocate for legislative issues that impact your constituencies. Further, being a part of your company’s PAC gives you exposure to C-Suite leaders, political leaders, and community leaders.

C-CRET #3. Be a voice in the room by pointing out the impact that certain decisions can have on groups you are a part of. We all have blind spots or even ignorance about certain cultures – remember the issues that Burberry, Prada, Katy Perry and Gucci faced last year with derogatory depictions on its clothing and marketing campaigns? This is less likely to happen if the right people are at the table or speaking out.

No one guards something of zero value.

People with power and privilege will fight to the bitter end to hold onto it. Honor your history and the fight it took to gain voting rights and basic civil rights.

Your decision whether or not to vote will have a long-term impact on your life, both personally and professionally. The most powerful way we as individuals can break the cycle of systemic and institutionalized racism is to vote. Standing on the sidelines is not the answer.

Apple Podcasts
Google Podcasts
Spotify
PrevPrevious12. The TRUTH: Why Voting Matters. A Conversation with Congresswoman Barbara Lee
Next13. The Black Tax: The Corporate Price for Admission?Next